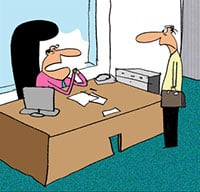 Best Publishing Companies – What are your options when it comes to publishing your book, and what is the best option? This article by a former literary agent and publishing house marketing executive explains.

The main challenge with trying to find the best publishing companies is that there’s a lot of misinformation on the Internet. And that’s because there are a lot of bad publishing companies. Most of them aren’t doing anything illegal, but their marketing practices are deceptive.

These publishers don’t lie outright (they’re smarter than that), but they do mislead people. I’ve talked to countless authors who’ve gotten sucked into the bad publisher trap, including two more this week that I “saved” (their words). So I’m writing this article in case my insider knowledge might help you, too.

That’s because the old terms for publishing companies are part of the problem. Some publishers have recently started calling themselves “traditional publishers” when they’re not. Other publishers have introduced a new and confusing term called “co-operative publishing.” And, next week, publishers will come up with yet another term designed to confuse you, and extract as much money as possible from your wallet.

Instead of talking “terms” I’m going to focus on dollars and sense. In other words, I’m going to show you the only thing that matters: how each book publisher’s business model is set up. By that I mean how the four different types of publishing companies make money—because that’s the best indicator of what your publisher is going to do (or not do) for you.

By the time you’re done reading this article you’ll be able to discern what the best publishing companies are, no matter what clever terms they use. You’ll be able to see who’s going to work the hardest to make your book successful.

These are the best publishing companies. This type of book publisher (like Random House) writes you a check for your book before it’s even published. That’s how sure they are that your book will be successful. This type of up front payment is called an author advance.

Because they have
a lot at stake.

If they don’t make your book successful, the author advance they paid you will be a loss for them. So will all of the time, energy, and money they invest in the editing, layout, cover design, physical and/or eBook production (most publishers in this category do both), distribution, sales, publicity, marketing, and advertising of your book.

This type of publisher also pays you a percentage of the money they make each time they sell a copy of your book (commonly referred to in the industry as author royalties). The percentage of money you make off each book sold will vary depending on your contract, but no matter how you slice and dice it, there’s very little risk for you working with this type of publisher—and a lot of potential upside (since the publisher is paying for everything and doing all the work).

Important: Some slimy publishers (pretending to be one of the best publishing companies) have recently started calling themselves traditional publishers, even though they’re not. They pay their authors (or some of their authors) a very small advance, sometimes $100 or (in some cases just $1), so they can say they’re a traditional publisher. But then they require you to pay them thousands of dollars for various services. I’ll explain more about this type of publisher in a moment. For now, just know that any publisher that requires you to pay them (even if they’ve paid you something as well) is NOT a traditional publisher (or one of the best publishing companies).

The Best Publishing Companies – #2
Publishers that Only Pay You Later

And it can be difficult
to tell the difference.

The reputable publishers in this category are some of the best publishing companies. They’d like to pay you an author advance, but they’re not making enough money to justify it; however, they do invest their time, energy, and marketing dollars into making your book successful. These publishers don’t have as much to lose since they don’t pay advances, so there’s no getting around the fact that this type of publisher isn’t going to be as motivated to make your book successful. This type of publisher is also going to print less books (again, less of a financial risk for them). And, some publishers in this category aren’t going to create a print version of your book at all. Instead, they’ll just create an eBook (which you could do on your own and potentially make more money because you wouldn’t have to share the profit). Then they’ll produce a print book if/when they know it’s going to sell.

The incompetent publishers in this category do everything that the reputable publishers above do, but they don’t have the background and experience to sustain a successful business. Not the best publishing companies. New book publishers in this category pop up every year, then fade away into oblivion. They might say all the right things to you, and have good intentions, but they’re trying to figure everything out as they go, using your book as a guinea pig. If they want to gamble on someone’s future, I say they should gamble on their own—and go to Vegas.

Then there are the nonreputable publishers in this category, that also can’t be called the best publishing companies. They don’t care about you or your book. Again, they might say the right things… but they’re simply “playing the numbers.” They hand out book contracts like candy on Halloween to anyone with a hand out. And they invest as little time and money as possible to get your book out there. Not the best publishing companies, by a long shot. Nonreputable publishers almost always produce eBooks only (less expensive) and they create them with poor quality cover art, layout, and editing (again, pinching pennies at your expense). What are these publishers thinking? They know that some of the authors they take on are going to “get lucky” or do a lot of marketing on their own and sell a lot of books. These nonreputable publishers hope and pray that some of their authors make it big (without their help) so they can then ride their coattails… all the way to the bank.

The Best Publishing Companies – #3
Publishers that Make You Pay Them

This type of publisher is all the way at the bottom of my list of the best publishing companies. They won’t publish your book in any format (print or eBook) unless you pay them. And, your required investment will be significant—thousands of dollars or tens of thousands of dollars. In addition, this type of publisher will take a significant percentage of the money that comes in each time one of your books is sold.

Now, before I rip these publishers to shreds let me say…

This type of publisher is a good fit for authors who:

* Have money to burn

* Want to get their book published as quickly as possible

* Are okay with their publisher not selling any or many books

I don’t care if a publisher tells you that they pay some of their authors an advance (just not you) so that makes them a traditional publisher; if they ask you for money, they’re not a traditional publisher. If they were successful, they wouldn’t need any of their authors to pay them. If they believed your book could sell—and that they could sell it—they wouldn’t ask you to pay them.

If a publisher asks you for money, there’s a 99% chance they’re not the best publishing company for you. If they ask you for money, it means they make virtually all of their income off the payments they collect from authors up front (and payments for additional marketing opportunities they’ll be pitching you on later).

It doesn’t matter how they word it, or what they say the money is for. They’re asking you to pay them. That means they don’t have anything to lose by simply taking your money and then doing nothing. Since they’re not investing financially in your book, they’re simply not motivated to make your book successful… the way that the best publishing companies are.

This type of book publisher is just another example of a publishing company playing the numbers. They know that some of their authors are going to “get lucky” or do a lot of marketing on their own and sell a lot of books. So these publishing companies spend most of their time marketing themselves, not you and your book.

The most offensive part of this scenario (to me, anyway) is that you can pay a publisher like this $10,000 or more and they might not even print any books. Instead, they often just create an eBook edition and physical books are printed “on demand” (that means they only print a book when someone orders one).

Again, no risk for them.

When a publisher like Random House pays to print 50,000 copies of a book, how motivated do you think they are to sell it? Exactly. I can’t make it any clearer than that.

Show me one author who’s published more than one
book with a publisher like this because they were
so happy with the results they got.

That’s what
I thought.

The Best Publishing Companies – #4
You As the Publisher

Although publishing your own book doesn’t really fit on a list of best publishing companies, I thought I should include it as an option so you could see where it fits in. This option means you doing (or at least overseeing) absolutely everything involved with your book: editing, layout, cover design, printing, distribution, sales, publicity, marketing, and advertising.

The downside to this option is obvious…

Unless you want to be a publisher and not an author (spending all your time producing and selling books), this isn’t your best option. There is an upside to this option though. You get to maintain complete control, go as fast as you want, and keep all the profit. But there’s also a tremendous learning curve involved. And you’ll probably find yourself finding you no longer have time to write.

Click here to read my two other
articles about self-publishing:

* Should I Self-Publish My Book?