Are eBooks the End of Literary Agents and Publishing? 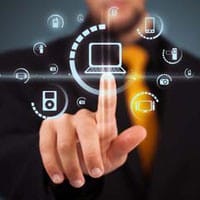 That’s what I keep telling everyone who’s in a tizzy about eBooks.

Although I understand some of the reasons they
might think that, it doesn’t really matter.

Because it isn’t true.

Let’s look at two parallel universes and draw
some comparisons, starting with… 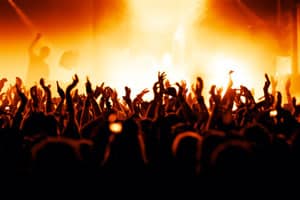 Cassette tapes didn’t kill radio, either. Neither did CDs or streaming MP3s. Radio is evolving, and it’s actually doing quite well. Try to find a spot on your radio spectrum without some type of chatter.

Now it’s true that CDs did kill cassette tapes. But who cares? The music artist is still thriving. It’s not the medium that matters, simply the fact that the masses are still able to buy the message (in this case, the music).

MP3s are killing CDs (ditto on what I just said about the music artist still thriving).

Now, I will say that free streaming music providers online like the old Napster were killing the music artist (yes, that was a bad thing), but a bunch of smart lawyers at the big record labels figured that out in a nanosecond and quashed it.

Did you really expect anything different?

Now let’s move on to…

If you go waaaaaaay back in time, there wasn’t any such thing as a “moving picture.” In fact, no one even got paid to tell stories. They told them for free, around a campfire. 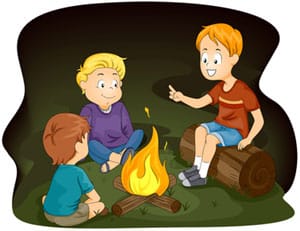 Later, as civilizations “evolved,” kings and queens found it entertaining and enlightening to enlist the services of storytellers in their courts. Some storytellers got paid, others got favors, and still others were simply happy that they were able to keep their head. The ultimate cure for writers’ block (and bad writing), don’t you think?

Fast forward to the invention of the motion picture in the late 1800’s. As you know, the first motion pictures were produced in black and white… without sound. And (although I didn’t research this), I don’t believe that actors and actresses of the time took a financial hit when color and sound were added (probably the opposite).

I seriously doubt that there were serious negative financial implications when surround sound and 3-D technology were introduced, either. Then came TV, cable TV, movie theaters, VCRs, DVDs, TiVo, Netflix, and Pay-Per-View.

Did any of those things destroy the movie industry?

In fact, I can make a pretty good case that they helped it.

Brad Pitt and Angelina Jolie are always going to collect a healthy paycheck
(regardless of how you feel about it). 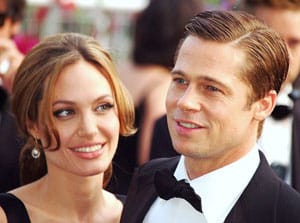 So, here are the facts…

I’m in love with eBooks and eReaders because I now have the entire digital library of the world at my fingertips on my iPhone (oh, the power)! No matter where I am in the world (as long as there’s 4G), if I can think it, and it’s been digitized, I can read it… instantly. 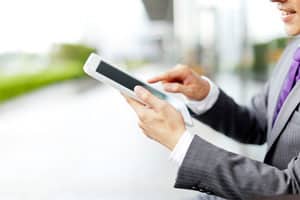 As a result, I’m buying more books than ever… which is hard to believe because I bought ridiculous amount of books before. But it’s true. And I can’t imagine that I’m the only one. That means ebooks are actually good for authors, readers, and the economy.

Oh, if you’re wondering about the commission that an author gets for the sale of an ebook versus a print book, it’s more (yes, authors make more money on eBooks because… even though the price might be lower, the royalty rate is significantly higher).

So, don’t feel sorry for yourself.

Writers aren’t being hurt by eBooks.

Publishers aren’t being hurt, either. They’re having to adjust, promote their ebook editions more and their print editions less. But they’re figuring it out.

Bookstore owners will survive as well, if they persist. Although brick-and-mortar bookstores might shrink (or disappear completely), online bookstores will continue to flourish and differentiate themselves. Bookstores will be around forever, in one form or another, as long as writers keep writing. 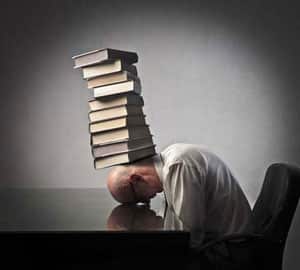 Even used bookstores can be successful through all this, at least for the next decade or so (if they’re smart). Prices for used books are probably going to go up (significantly), because a lot of print editions are quickly becoming “rare editions.”

Five years ago, I used to go online once in a while to Amazon and eBay… looking for rare used poetry books by a favorite author of mine (you can’t get them new). Now the used editions have all been bought up. And they’re not available as eBooks.

Do you see a business opportunity there?

The value of some print editions of books is actually skyrocketing. The next time I see one of those poetry books that I was just talking about, it’s probably going to be $100 (instead of $10).

But you don’t have to worry about any of that. You’re not a bookstore owner, you’re an author (and a reader). All is well.

Write something special, and (in one form or another) it will sell,