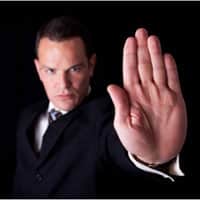 Stop looking for a literary agent! It’s not your fault, but you’ve probably been going about the business of getting published all wrong. That’s why I’m going to share an insider secret with you, one that will make it easier for you to get a book deal. And not just any book deal, but a great book deal. Scroll below to learn how to stop looking for a literary agent and still get representation. This article is part of a 15-part article series called Finding a Literary Agent for Your Novel or Nonfiction Book.

Most authors fail to get a literary agent because they’re “shooting at the wrong target.” The best way for me to illustrate this point is to show you how top literary agents sell books to publishers… because that’s the process you need to model. 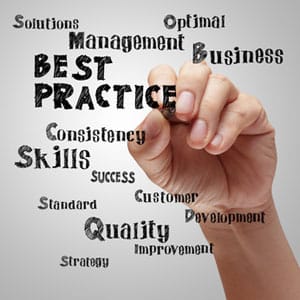 Top literary agents don’t try to find a publisher for a book.

They try to find multiple publishers.

As many as possible.

Top literary agents make simultaneous submissions to publishers with well-planned and well-coordinated “attacks” that cause excitement, create maximum leverage, start bidding wars, and get the best terms for their authors.

You can do the same thing.

I’ll explain how in just a moment, but first you need to understand the disadvantages of trying to find a literary agent any other way.

Most authors don’t submit enough queries at one time, and they say “Yes!” too quickly… to any agent that requests an exclusive look at sample chapters, a book proposal, and/or a complete manuscript. 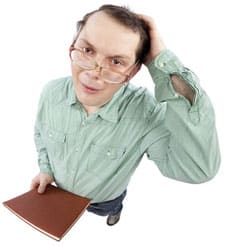 That gives the agent all the power.

It makes you vulnerable.

And it makes it much more likely that you’ll also end up saying “Yes!” to the first agent who asks to represent you (even though that might not be the best agent to represent you).

If you do, you can  enjoy the following benefits:

Get More Agents Interested: If you adjust your expectations so you stop looking for a literary agent and start looking for lots of literary agents, it will force you to think bigger. That will lead to you sending out more queries in a shorter period of time. And that will lead to you getting more positive responses in a shorter period of time, which will also lead to everything you see below.

Get Agents Responding Faster: If you have multiple agents reviewing your sample chapters or complete manuscript at one time (and they know it), you’ll get faster responses. Agents don’t like to “compete” for the chance to represent an author, but they will. That means agents will respond quickly so they won’t miss out on the chance to work with you. No one wants to be the literary agent that let the next Harry Potter, Hunger Games, or Fifty Shades of Grey… get away.

Choose the Best Agent: Although you shouldn’t say this to agents, your ultimate goal should be to find as many agents as possible (at one time) who’d like to represent you… so you can “interview” them and choose the best one. You decide which agent best understands your vision, has the most experience and influence, is the best fit for your personality, and will do the best job for you.

Get Better Terms: There might be something you’d like to change in your author/agent contract. For example, your prospective agent might want you to commit to a 18- or 24-month term contract when you’d prefer 6- or 12-month term. Or, your prospective agent might want you to do a major rewrite, while you only want to implement some of the suggested changes. If you have more than one agent interested in you, you’ll have more leverage to get what you want.

Have a Better Author/Agent Relationship: If you have more than one agent interested, you’re more likely to have a mutually beneficial relationship with the agent you choose. Because agents get so many submissions, and rarely have competition (because authors aren’t aware of this strategy) it’s far too easy for agents to treat you as though you’re lucky to be working with them. If your agent knows that you had other agents courting you initially, you’ll get better treatment.

Don’t allow yourself to feel like you’d be lucky if a literary agent expressed interest in your book. If you’re a talented author, the agent would be just as lucky.

Stop looking for a literary agent and start looking for lots of literary agents that might be a good fit. That way you can get an agent that’s a really good fit for you, that you’re much more likely to have success with… and a happy, long-term relationship.

Click here to read the next article in this 15-part series, and learn
why you need to Find a Literary Agent, But First….