Writers’ Conference – How to Pick-Up a Literary Agent

Professional writer seeks available literary agent. Should be confident, experienced, and fun at parties. Must have a big heart but also be a tough negotiator. Should be creative, but grounded and consistent. Needs to be honest, emotionally available, and unafraid of long-term commitment. Shouldn’t be overextended. Must be of good character and well-liked and/or respected. Age and looks not important, but passion and charisma are a must. Long-distance relationships okay as long as you spend some time in New York.

You know there’s a Prince (or Princess) Charming Literary Agent out there just for you. In fact, you could have written this ad yourself. But if he (let’s stick with “he” for simplicity’s sake) is out there – the literary agent of your dreams – and he’s available, how can you find him and make him yours? Of course you’ll need to have an irresistible book and query letter. But what else can you do to give yourself an edge? 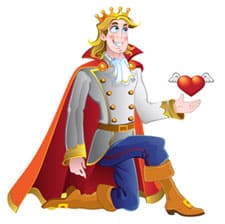 Reasons to Attend
a Writers’ Conference

Just remember, good literary agents don’t represent books — they represent authors. So “who you are” is just as important as “what you write.” And nothing communicates who you are more than a face to face meeting at a writers’ conference. Attending a writers’ conference also communicates your willingness to grow as a writer, and your willingness to network. 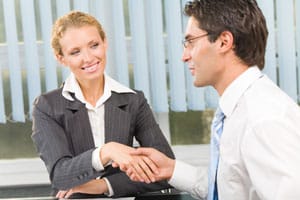 Okay, let’s assume you’ve written a terrific book and pretend you just arrived at a writers’ conference (I’ll tell you how to find the best writers’ conferences in just a moment). During the writers’ conference opening night reception you spotted him — your dreamboat literary agent — from across the room. You liked his energy and the way he treated other writers in the buffet line. Plus, he had nice eyes and smelled good.

The next day you sat in on his workshop at the writers’ conference and asked an editor about his reputation. “Five stars,” she said with a nod and a smile. Now you’ve decided (after checking out every other agent at the writers’ conference) that he’s the one for you. And, today’s the day you’re going to make your move. How best to get his attention, without losing your dignity?

One of the biggest turnoffs for a  literary agent is when a potential partner tries to be someone or something that she is not. If you want to pick up a literary agent at a writers’ conference, be yourself. If you’re funny, be funny. If you’re serious, be serious. And have faith that you’ll meet someone who understands and appreciates your style. 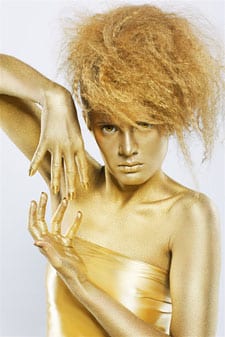 As literary agent, I always strove to be myself as well. My approach was more open, down-to-earth, and nurturing than most literary agents. As a result, some writers who met me at a writers’ conference might have wondered if I was strong negotiator. Others understood that a sensitive man isn’t necessarily weak.

You aren’t going to click with every literary agent you meet at a writers’ conference. If you’re a Supermodel on the prowl, but you’re also a brunette (and I prefer blondes), well… you get the picture. And don’t go out and dye your hair — find someone who prefers brunettes. Publishing, like dating, is highly subjective and personal. There are elements of logic, but there are also elements of emotion.

I used to pass on many publishable projects simply because I wasn’t in love with the concept, execution, and author. From my perspective, falling in “like” isn’t enough. You have to fall in love. That’s the only way that I was able to pitch my projects to editors and publishers with 100% enthusiasm. So I was always on the lookout for people (and projects) like that whenever I was at a writers’ conference. 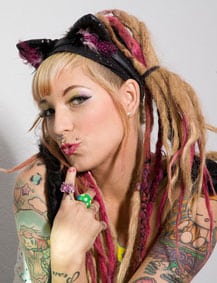 If you’re nervous about your writers’ conference pitch meeting, do something to relax. Yoga. Tae Kwon Do. Ice cream. Whatever. If you shake uncontrollably or apologize repeatedly for being nervous, you aren’t going to score points. Literary agents smell fear and fear is never associated with success. Granted, if your burning hunk of a literary agent is indeed the one for you, he’ll look past your neuroses, accept you as you are, and put you at ease.

The world of publishing is a pond, not an ocean, but there are still plenty of fish to choose from. Remember, you have something worthwhile to offer your prospective partner. You’ve spent years developing your communication skills, you know what makes a relationship work, and you’re not going to be high-maintenance. 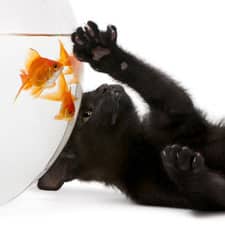 Once, while chatting with an author at a writers conference, a well-known author suggested I do something to make myself more memorable. Not because I made a bad impression, but because he’s a “first-impression guru.”

“I wear red shoes,” he said as I tried not to laugh.

“I think some people go too far to be remembered,” I said. “The last thing I need is to be on a panel at some writers conference and have someone ask me why I’m wearing red shoes. I’d have to say, ‘So people remember me.’ Yuck.”

If there’s something about you — externally — that makes you memorable, fine. Just don’t dwell on it. Beauty will get a man’s attention, but it won’t keep it there for long. Before you attend a writers’ conference, don’t go out and buy red shoes (or lingerie) to try and impress a literary agent. If you want to make a great first impression at a writers’ conference, be genuine. Let people remember you for something that really matters — not the way you look, but the way you make people feel. 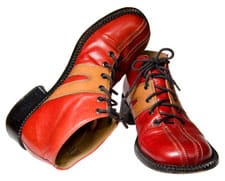 Relax, and be yourself.

Whatever you can do to make your dream literary agent feel good at your writers’ conference, do it. He’s been “on” for the last two days, aware that he’s constantly being watched. He’s been patient, attentive, and entertaining. He’s tired from a long flight and an even longer delay. And he was up late last night editing a manuscript when he wanted to be in the Jacuzzi.

In the last twelve hours at the writers’ conference he’s given a keynote presentation and two workshops, sat through twenty pitch sessions, and been approached by countless other authors — in the hallways, over meals, and in the bathroom (please, do not pass an agent your manuscript underneath a bathroom stall).

Or give an agent your room key.

Be mindful of your prospective literary agent’s wants and needs at a writers’ conference, it’s an edge. The astute agent will notice, appreciate, and remember your kindness. And he will give your project closer attention. Less savvy agents may not recognize your gifts, but they, too, will feel the effect. 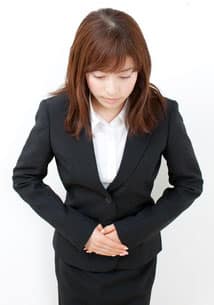 Approach agents at a writers’ conference with a confident walk (strut?) and a smile. But be gracious and thank each agent for his time. It might sound simple, but many authors fail to express their gratitude. Some authors feel entitled to the meeting because they paid for it, or paid to attend the writers’ conference. Some think their project is so good that agents should fawn over them. Some are insecure. Whatever the reason, it’s a faux pas. Saying, “Thank you for meeting with me” is good manners, and it sets a nice tone for your meeting.

Make your prospective agent blush by complimenting his presentation, eyes, or red shoes (if he’s wearing red shoes and you really think they look nice). Just compliment something, and make sure your compliment is genuine. Agents aren’t just editors, they are salespeople. And salespeople, especially good ones, detect insincerity. 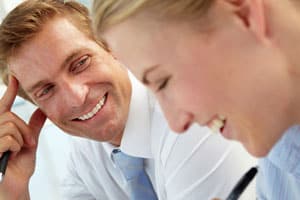 Ask a question or two about your agent’s background. How did he get started? Does he have a dream project? Does he attend a lot of writers’ conferences? Expressing interest in him will make him purr.

If you really want to go for it, ask him if he has any down time during the writers’ conference. Invite him out for a drink or a meal. You can do this solo or invite him to join some of your friends. I rarely turned down such an offer at a writers’ conference unless I already had other plans. In that case, I’d often invite the author to join my party. You have nothing to lose by making such an offer. 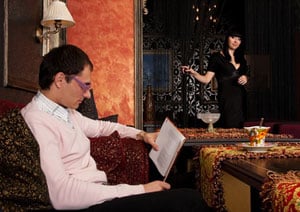 It’s gracious of you to extend an invitation, and the worst an agent can say is no. It’s true that the fastest way to a man’s heart is his stomach. And if your dream literary agent connects with you on a personal level at a writers’ conference, he’s even more likely to say yes to your manuscript. In fact, you might be rescuing him from a dozen other writers that he might not connect with as well.

Don’t be shy, take a chance.